CTO ... If you could walk in their shoes

Check This Out:  If you could see inside other's hearts would you treat them any differently? May this video inspire you to be kind ... to use your music for good.

http://sonnyradio.com/if-we-could-see-inside-others-hearts.html
Posted by Sue at 2:59 PM No comments:

Mics in the Music Room

This takes practice to an entirely new level! 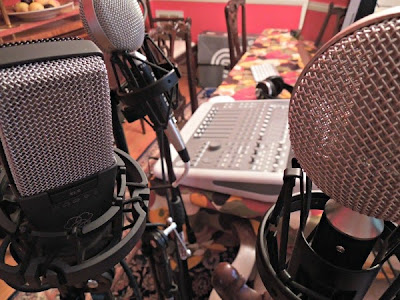 "You can't wait for inspiration. You have to go after it with a club."  ~ Jack London
Posted by Sue at 7:45 AM No comments:

Luckily, you don't have to understand music to enjoy music!

Check This Out:  Here's a short video that will make you smile ... Understand Music Created by a studio in Mainz, Germany. Uploaded to Vimeo in December 2012.
Posted by Sue at 10:14 AM 2 comments:

Fungi may Improve the Tone of Musical Instruments

A little article in the April 2013's National Geographic may have revealed the secret to creating your own Stradivarius-quality instrument. Incredible!

The article by Johnna Rizazo states:
"Violins work like this: Bowed strings vibrate the bridge beneath them; the bridge moving against the violin's body bounces sound. Stradivarius violins from the 1700's are said to move the notes around best. According to tree pathologist Francis Schwarze, applying two arboreal fungi - Physisporinus vireus and Xylaria longpipes -  to a lesser violin can help it perform on par with the famed maker's instruments."

The article continues:
"The fungi work by thinning cell walls in Norway spruce - the only wood used to make a violin's top plates - and maple so that sound can move more freely. Less weight means louder and more resonant tones. It's not all about volume, though. The fungi also double the dampening function of the wood, taking away too-high, irritating sounds. Schwarze says fungi can improve other instruments as well, including hammer dulcimers and guitars." 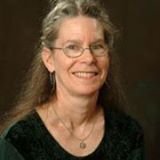 Check This Out ... A recent study conducted in 11 hospitals and published in the journal of Pediatrics supports the benefits of music as medicine for preterm babies. You'll see Helen playing, and her music provides the soundtrack for the video. Check it out!

For more about Helen and her music, visit her website:  http://www.helenwolfson.com/Home.html
Posted by Sue at 10:04 AM No comments:

Noah Wilson Releases Debut CD - "Echoes of the Silent Within"

Ready for something different?
Noah is a multi-talented, multi-instrumentalist. This debut recording shows off the broad scope of his performing and composing skills as well as his proficiency in the recording arts. Echoes of the Silent Within is an all-original, groove-driven blend of unique instrumentation and world percussion with a subtle electronic feel. It features Noah's original compositions - flowing instrumentals that create a mood and will transport you to a different place.

Noah has always been drawn to the world of classical Indian music. His improvisational style syncs perfectly with the genre. He has studied under a guru, and has been performing sacred music since 2010 in a variety of settings, including kirtan, yoga classes, tea room meditations, and ecstatic dance explorations. He continues to study and practice the rich traditions of classical Indian music, incorporating the sounds and the philosophy into his own elaborate and expressive musical creations.

On this recording, Noah plays hammered dulcimer, electric sitar, dilruba, guitar, bass, and percussion. He contributes vocals from the kirtan tradition in his own voice, mixes in some natural environmental sounds, and adds just the right amount of electronic juice. He is joined by Taylor Johnson (tabla, dumbek), Victoria Bulostin (angelic vocals), Tom Cowan (tabla), Josh Newton (percussion), and Ashley Mott (vocals and loving support), whose performances enrich the lush layers of the work and lend authenticity to the experience.

Infused with energy that will fill you up without wearing you out, this is a soundtrack for all aspects of life! I predict this music will top your favorites list.

A bit about the instruments:


Click here for a brief summary of Indian music
"Echoes of the Silent Within" is available now for preview and purchase - in its entirety or as individual tracks - at cdbaby, the self proclaimed "best independent music store on the web!"

Go to www.cdbaby.com. Enter Noah Wilson in the search box. His cd is the first thing that comes up.

OR ... pick up a copy from Sue Wilson 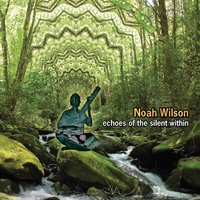 Photos above taken at cd release party, Dobra Tea, Asheville, NC
Posted by Sue at 10:16 AM No comments:

"A man who dares to waste one hour of time has not discovered the value of life."
~ Charles Darwin
Posted by Sue at 8:55 AM No comments: 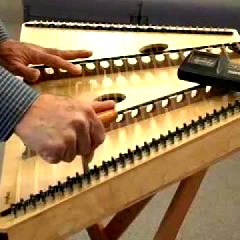 Check This Out ... Most folks will tell you to back the tuning peg out before you replace the string. Here's a different way to approach the problem ... Chris Foss of Songbird Dulcimers shows how to change your strings the "right and easy" way!

The first thing we do, let's ditch the stickers. 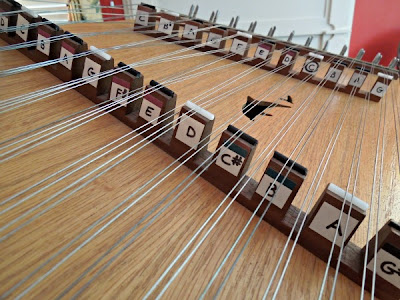 You may think that marking the names of the notes on the instrument is a good idea, but in the long run it will hold you back. The note names distract from the marked courses and are an unnecessary crutch. Get rid of your cheat sheets!

"All our dreams can come true, if we have the courage to pursue them."
~ Walt Disney
Posted by Sue at 3:13 PM No comments:

CTO ... a Couple of Apple Apps for Musicians

Check This Out ...  I'm happy to share these Apple app recommendations from fellow trapezoid player, Lee. Handy, dandy stuff for your iPhone / iPad!